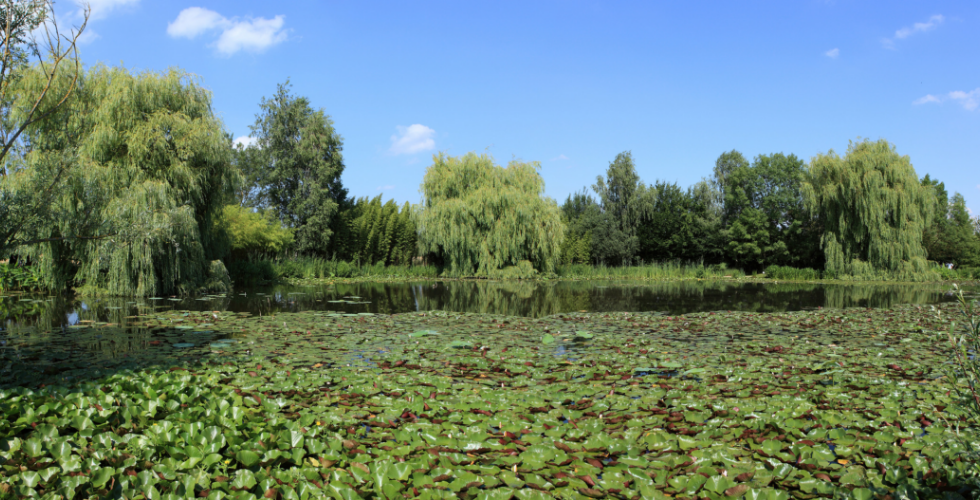 Getting into the Weeds of Innovation – and Loving It

Innovation is gritty work. It demands getting our hands dirty. It means embracing messy. It invites us to jump into “the weeds,” as we look for bold solutions to some of our world’s most ingrown problems.

Ironically, the most effective innovations tend to spring from the most annoying problems—problems that grow like weeds that rapidly coil, climb, spread, and invade.

Innovator extraordinaire, Achenyo Idachaba recently shared a short but brilliant TED Talk called “How I Turned a Deadly Plant into a Thriving Business” that practically illustrates this reality. In her home country of Nigeria, there is an invasive aquatic weed that is dramatically hindering fishing, marine transportation, schooling, trading, and more. It has become a serious and growing problem to the way of life of those living in Nigeria. This troublesome weed is the water hyacinth.

Idachaba explains that the water hyacinth has many names in Nigeria since it is translated in various ways in various languages in various parts of the country. And since these weeds have grown to create dense matts of floating weed beds which literally choke-out waterways that would otherwise be used to advance the livelihoods of area inhabitants, the names for the water hyacinth deliberately communicate feelings of fear, restraint, destruction, dashed hopes, and even death.

So what can water hyacinths teach us about innovation? A lot.

The more Idachaba observed this tangled problem, her empathy for the suffering it was inflicting on the people whose lives it was disrupting moved her to want to solve it. So she actually got in the water and waded into the weeds. Literally. She pulled some of the weeds out and dried them in the sun. Then she realized that the dried stems could be woven into rope and that the rope could be fashioned into products that could be sold! She went around to the townspeople, asking for their input on how the ropes could be fashioned into useful items to sell.

And, today, great quantities of water hyacinths are harvested to create rattan baskets, pens, tableware, purses, tissue boxes, etc. that provide life-giving resources to the families that sell them. Be sure you realize the power of this idea: these people found a way to transform their weeds into worth. In Idachaba’s words, “Adversity was transformed into prosperity.” Something of great burden was forcefully morphed into something of great beauty and benefit. This may be the most elegant expression of innovation—seeing a problem, overflowing with compassion for how it is hindering life, and innovating to solve the problem in a way that actually uses the problem to solve itself!

But by innovating the way she did, Idachaba helped communities to redefine the water hyacinth—changing the narrative of the problem from one of dead-end to fresh start. This happened so dramatically that the names for the plant have actually changed too: from “gossip” (Gbe’borun) to “storyteller” (Olusotan), from “killer of mother and child” (A Kp’iye Kp’oma) to “provider of food for mother and child” (Ya du j’ewn w’lye kp’Oma). Getting into the weeds actually led to changing the story. How cool is that?!

Friends, this is innovation. Not just seeing a problem and deciding to solve it. But loving someone enough that you empathize with the pain the problem is causing and then determining to wade into the weeds with them to find a way to change the story. Understood this way, innovation looks a lot like redemption.

I can’t help but make such a theological connection to innovation here.

Christians argue that this is exactly what Jesus Christ did with the “weeds” of Sin and Death. As God, He saw these mega-problems; His heart broke for how those mega-problems were so radically hindering humanity from being in relationship with Him and living life to the fullest; so, out of the motivation of love, He innovatively solved these mega-problems with the mega-solution of the Cross. He chose to wade into our world of weeds, suffering with us. And then, on the Cross, He literally used Sin and Death to destroy Sin and Death. When Jesus lovingly died in our place, He did so to turn Death on itself, thereby ingeniously destroying Death forever through His own death and resurrection. Wow. Jesus got into our weeds to change our story. He took on our adversity to bring about our prosperity. He took on our burden to bring us His beauty. And through this innovative solution to our greatest problem, He won our redemption. Wow.