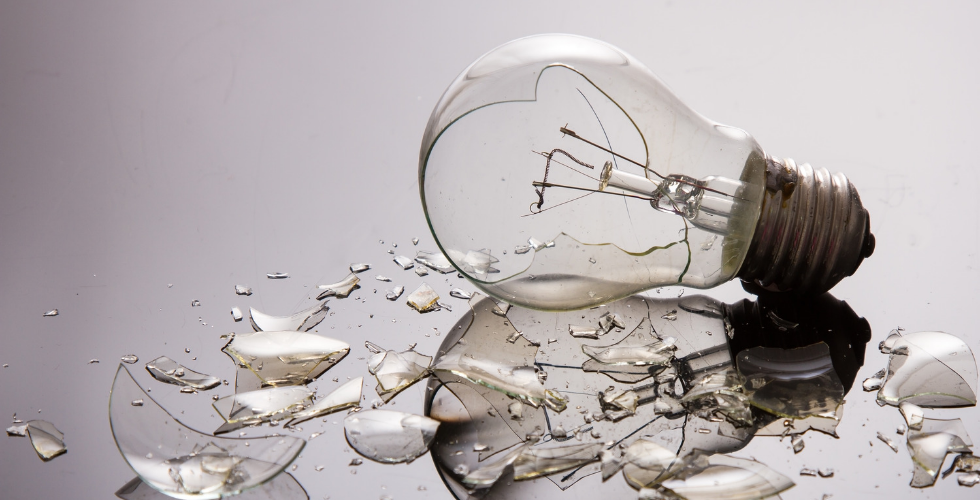 When it comes to the contest for Poster Child of Experimentation, there isn’t any real debate. Even nearly 100 years after his death, Thomas Edison still epitomizes innovation through experimentation. Over the course of his 84 years of experimental living, he captured a record number of patents—1,093. He invented the phonograph. He invented the first motion picture camera. He invented the first light bulb… Not a gigantic shocker then that his quantifier for the greatest measure of success was how many experiments he could jam into a single day. But, as Randall Stross clarifies in his book, The Wizard of Menlo Park, Edison wasn’t just the czar of great success; he was also the king of colossal failure.

Believe it or not, when Edison was a kid, one teacher told his parents that he was “too stupid to learn anything.” And he was even fired from his first 2 jobs for being (wait for it) “non-productive”. For his most famous invention—the light bulb, he actually crashed and burned 6,000 times before succeeding. But he failed forward, didn’t he? Playwright Samuel Beckett once said, “Ever tried? Ever failed? No matter. Try Again. Fail again. Fail better.” That’s precisely what Edison did. That’s why he’s remembered not for those 6,000 failures, but for his 1 breakthrough of bringing light into darkness. How cool is that?! And why? Because this wizard mastered the innovative competency of failing forward. Every time he failed, he moved forward. Every time he blew it, he benefitted from it. Every time he lost, he learned!

Here are some 10-karat gems from Edison around failing your way into success via experiments:

Our greatest weakness lies in giving up. The most certain way to succeed is always to try just one more time.

Genius is 1% inspiration and 99% perspiration.

Opportunity is missed by most people because it is dressed in overalls and looks like work.

Many of life’s failures are people who did not realize how close they were to success when they gave up.

The first requisite for success is the ability to apply your physical and mental energies to one problem incessantly without growing weary.

So if failing forward is such a key competency to innovation, how do we actually encourage it in our teams? Define it and reward it. Both are critical behaviors.

You want to DEFINE what failing forward means in your culture. Our team agrees that failing forward or smart failure must mean these 3 things in our context: First, it’s PRODUCTIVE failure, meaning the failure led to clear and direct learnings that are valuable in either disproving the hypothesis or recalibrating it to be able to fire a next-level experimental bullet. Second, it’s NON-DESTRUCTIVE failure, whether in terms of financial stewardship, leadership credibility, team unity, morale, sustainability, or church reputation. Third, it means the experiment was FOCUSED, NOT FLIPPANT; in other words, you didn’t “wing it.” The experiment was intentional and carefully planned prior to its execution with a clear hypothesis to test, a clear potential impact on the target, clear measures as to what success or failure would look like, and deliberate real-time debriefing to maximize learnings.

Next, you want to REWARD failing forward in your culture. On my team in my organization (a church mind you), we started a “Fail Forward Award”. But because it’s utterly essential that a team knows the senior leader has a serious leaning toward the solid learning that comes from failing forward, we put my name in the award – “Marcus’ Fail Forward Award.” This raised stakes. But it also raised awareness that we’re not joking about the freedom to fail smart.

You’ll want to find the right frequency of giving this reward in your own context since the right rhythm of the right reward can go a long way to creating a stronger culture of experimentation. If you’re not frequently failing forward, you’re playing it safe. So the goal is to help your team NOT play it safe but to risk enough that you actually fail, fail often, and fail well! It has to be often enough to allow you to pour more gas on your culture-building fire and give the regular recognition, encouragement, and value-reinforcement necessary to crush fear and to make that fire to rage. You want to send the loudest signal possible that it’s a new day. We shoot for a once a month rhythm. And, again, this is an award that the senior leader publicly bestows in a team setting to reward and reinforce the value. He or she gives it to the person or team that royally blew it in an experiment attempting to make something (a process, a service, an event, a product, etc.) better. But they learned. They failed, but they failed forward.

And do it up. Create trophies that people would be proud to display and explain when someone comes into their work space. We’ve given a giant light bulb, a Curious George doll, a LEGO trophy. Make it creative. Make it fun. Make it symbolic of the victory. Tailor it to the team’s personality or the key learning of the experiment. The idea isn’t just to reward but to keep people rehearsing why they got it—talking about what they learned to carry that intelligence forward into other wise risks.

In your culture, a creative trophy and exuberant public recognition from the senior leader may be enough. But you may also want to include some kind of some kind of prize, whether a financial gift or team dinner or time off or public praise at the next larger staff gathering or company blog site, etc.

Then always remember to collect and cascade learnings from these fail forward experiments (as explained in our last post) to ensure you’re enfolding learnings for real-time traction.